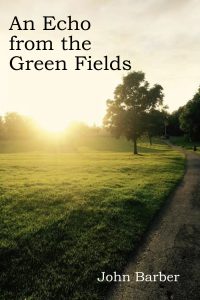 The articles in this anthology  were previously published in national and local British newspapers and magazines. They start with four London walks around Camden, Hampstead, Highgate and on to Petticoat Lane and Camden Market taking in the Monument.

There are several pieces on Hertford with notes on its history, culture and people.

Also included are articles on Englishmen who have contributed something unique to our culture. Here you will find George Bradshaw of Bradshaws Timetables and Railway Guides, Henry Andrews of Old Moore’s Almanac, Thomas Clarkson and the defeat of slavery, Charles Macintosh and the invention of the waterproof mac; entertainers such as Leslie Welch the Memory Man. Flanders & Swann and Sir Alec Guinness.

The book concludes with a pen portrait of some truly eccentric politicians and an honourable mention of an Irishman and a Frenchman who had one of the most bizarre variety acts ever.

You can read some of the articles featured in the anthology by using the links on the right hand sidebar. All pages are on this site.

Purchase this book from the following for US$0.99: