Like most residents I was dismayed to learn that three more shops will be closing; Monsoon/Accessorize, Sugar Smith and Botsfords.

Botsfords is almost synonymous with Hertford. It is sad to see such a famous name disappear from our town.

I have written countless reports which have no doubt ended up in the same place as that written by the Retail Group (see previous post). I used to point to Hertford as being almost unique these days as having a haberdashery (Margaret Hart), a diving school (In Depth) and an ironmongers (Botsfords).

‘What made Hertford famous made a loser out of me’ – apologies to Schlitz beer, Milwaukee, Rod Stewart and Jerry Lee Lewis.

Quite ironically Mrs B saw a plea on Facebook from a person looking for information on Addis. My curiosity fanned I took a look through ‘Mercury Remembers’. This was a 120 page supplement issued by the Hertfordshire Mercury in 2001 and looking back over the town’s history.

I saw the headline: ‘Shutting up shop after 200 years’. It was a feature on Gravesons which was closed in 2001. Now in 2020 the current tenants Monsoon/Accessorize are also closing down in town.

Inside I had stored a yellowing copy of ‘Hertford Past & Present’; a Midweek Mercury Supplement from July 1983. From this and the above here are three photos showing Gravesons through the century. I cannot give any more credit to the photographers other than they all appeared in those two publications. 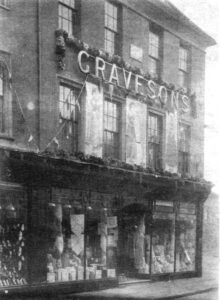 An exterior view of Gravesons as it was in 1928 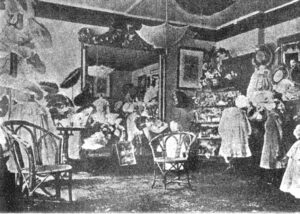 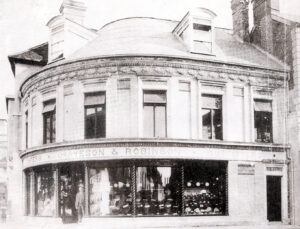 Gravesons as it appeared in 1920

The end of an era approaches and we all await with bated breath the future development of Bircherley Green.

All my previous posts archived here:

A Message of Hope